Taxi from the Airport

From the airport it is very easy and economical to get a cab at all hours.

In the lobby there is an ATM for withdrawing pesos.
Go out the entrance and walk straight about 30 feet.
To your left there is a booth where you buy a ticket for the taxi.
Tell them you are going to Sta. Ana in Centro.
The ticket will cost around 200 pesos (approx US$11) per person. You can tip the driver directly.

Traveling east on calle 47, after crossing calle 52, Casa G is almost at the end of the block, on the left. The overhang over the front door makes it easy to spot. Here is a snapshot of the front of the house (One fun thing about Merida: You can never tell from the street what lies behind!)

If you have Google Earth, click here to view Casa G from above!

Casa G is between two neighborhoods defined by two parks:

The city has named all corners in Centro with a unique name displayed on a ceramic plaque.

Streets in Merida are numbered as follows:

Even numbered streets run north-south or south-north (usually alternating) or both. 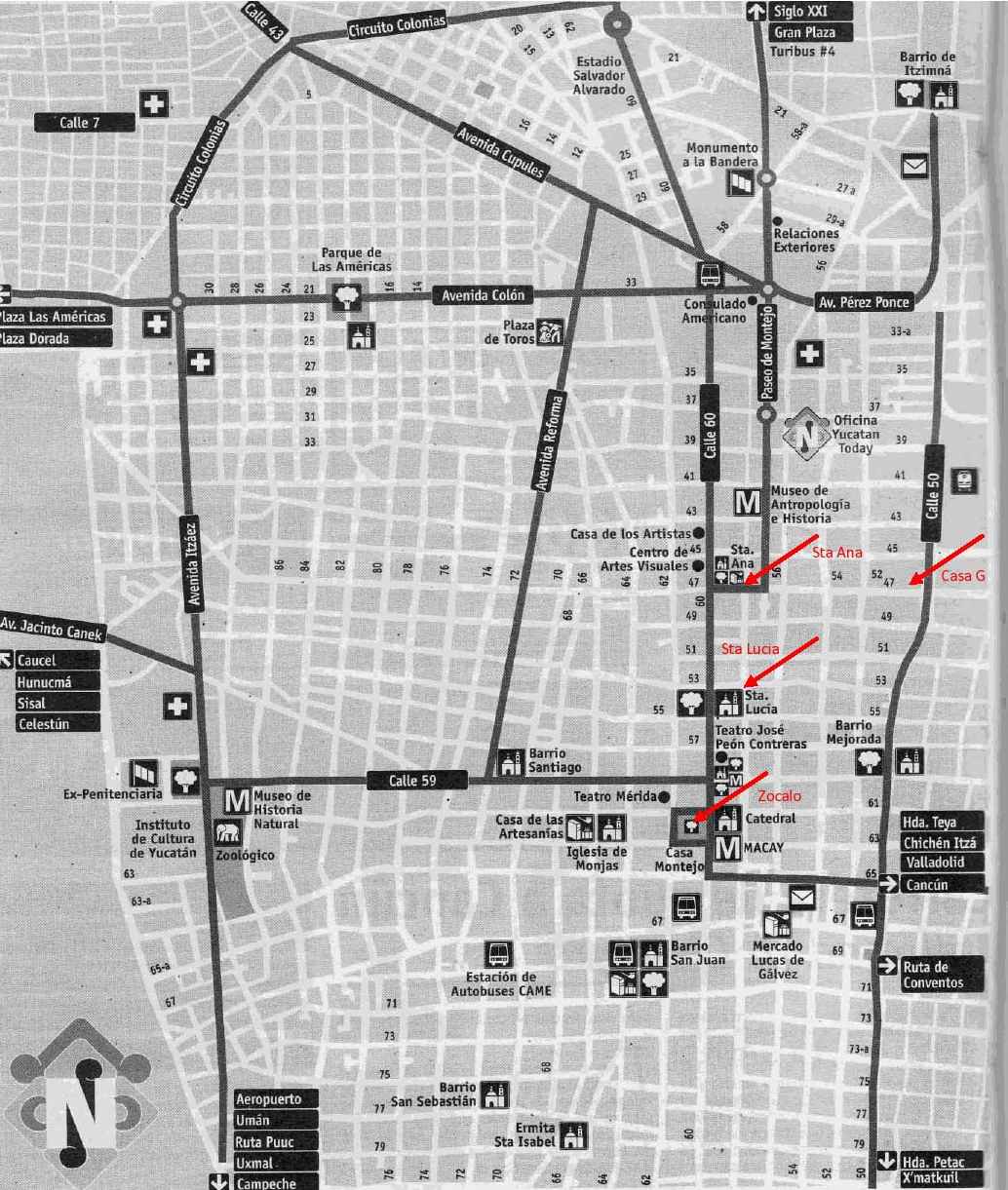